In 1935, sculptor Marshall Fredericks entered a National Award Competition to design a fountain for the Levi L. Barbour Memorial on Belle Isle, an island park in Detroit, Michigan. Barbour, a prominent lawyer and real estate developer, was instrumental in lobbying the city of Detroit to acquire Belle Isle for its park system. The city purchased the island in 1879, opening it as a municipal park in 1882. Following Barbour’s death in 1925, he bequeathed the city $20,000 for the erection of a permanent memorial on Belle Isle in his honor and as a “continual hint to [his] fellow citizens to devote themselves to the benefit and pleasure of the public.” 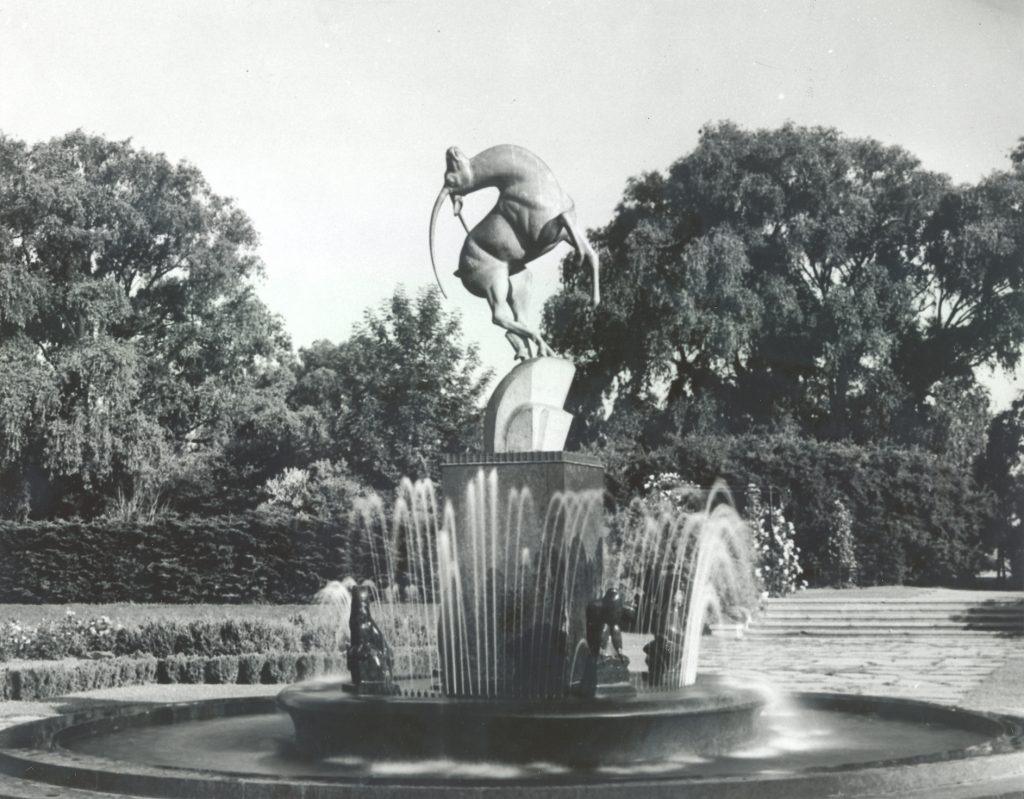 Fredericks’ entry of a wheeling gazelle, chosen from a selection of twenty-six entries from both local and national sculptors, earned top prize. Located in the Anna Scripps Whitcomb Conservatory Rose Garden on Belle Isle, the sculpture stands sixteen feet tall atop a granite pedestal. At the memorial’s dedication on June 25, 1937, Fredericks said the fountain “is meant to express beauty in nature and its creation.”

The Levi L. Barbour Memorial Fountain is the first commission Fredericks received and it initiated his career as a distinguished public sculptor. With castings found throughout the United States and Europe, this sculpture remains one of Fredericks’ most popular.

Today marks the 75th anniversary of the dedication of this important work. The Marshall M. Fredericks Sculpture Museum marks this occasion with special exhibits at the Belle Isle Aquarium and in the Museum.